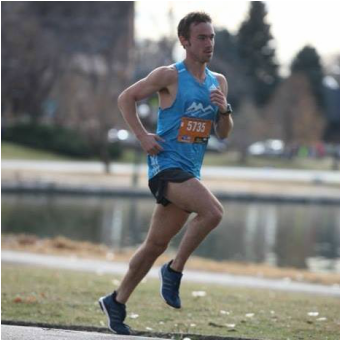 Sean Brown, PT, DPT, CSCS
​
I began running competitively when I was in 7th grade – I ran cross country and track and field. I began to get more competitive and serious with training as a junior in high school. When I finished high school, I had run 4:28 for 1600m, 9:39 for 3200m, and (somewhat disappointingly) 16:44 for 5k. I finished 10th at the 6A Alabama State Outdoor Track and Field Championships in the 1600m, and 5th in the 3200m.
I attended college at Western State College of Colorado, in Gunnison, Colorado, a beautiful mountain town four hours southwest of Denver. During my five year tenure (I redshirted my first year), I began running higher mileage – 70s during my freshman year, 90s my sophomore year, and 100 to 115 during my final years. Though not immediate, I began seeing the benefits of higher mileage.
I was a Division II All-American in cross country in 2008, 2009, and 2010, placing 28th, 20th, and 19th, respectively. Additionally, I was also a Division II All-American in the 10,000m outdoors in 2010, and in the 5000m indoors in 2011.
When I graduated college, I continued to train and race competitively – progressing from the relative shorter distances of the track, to the half and full marathons. In my half marathon debut at Rock n Roll San Jose in 2011, I ran 1:07:22. About one year later, in my full marathon debut at the Twin Cities Marathon in Minneapolis, I ran 2:21:34.
In 2013, I moved to Denver, Colorado, where I earned by Doctor of Physical Therapy degree. My first marathon in physical therapy school was the Twin Cities Marathon in 2013, where I ran a very surprising 2:18:21 (more than a 3 minute PR, and 21 seconds off the Olympic Trials qualifying time of 2:18:00). Although this standard eventually changed to 2:19:00, I set my sights to running an Olympic Trials qualifier of 2:18:00.
In June of 2014, at Grandma’s Marathon in Duluth, Minnesota, that finally became a reality, as I ran 2:17:02, running splits of 1:09:00, and 1:08:02. I was extremely thrilled when I was able to see the benefits of patience, diligence, and hard and smart work.
I am now living and working in Charlotte, NC, where I am a physical therapist, practicing in outpatient orthopedics. I am also a certified strength and conditioning specialist through the National Strength and Conditioning Association.